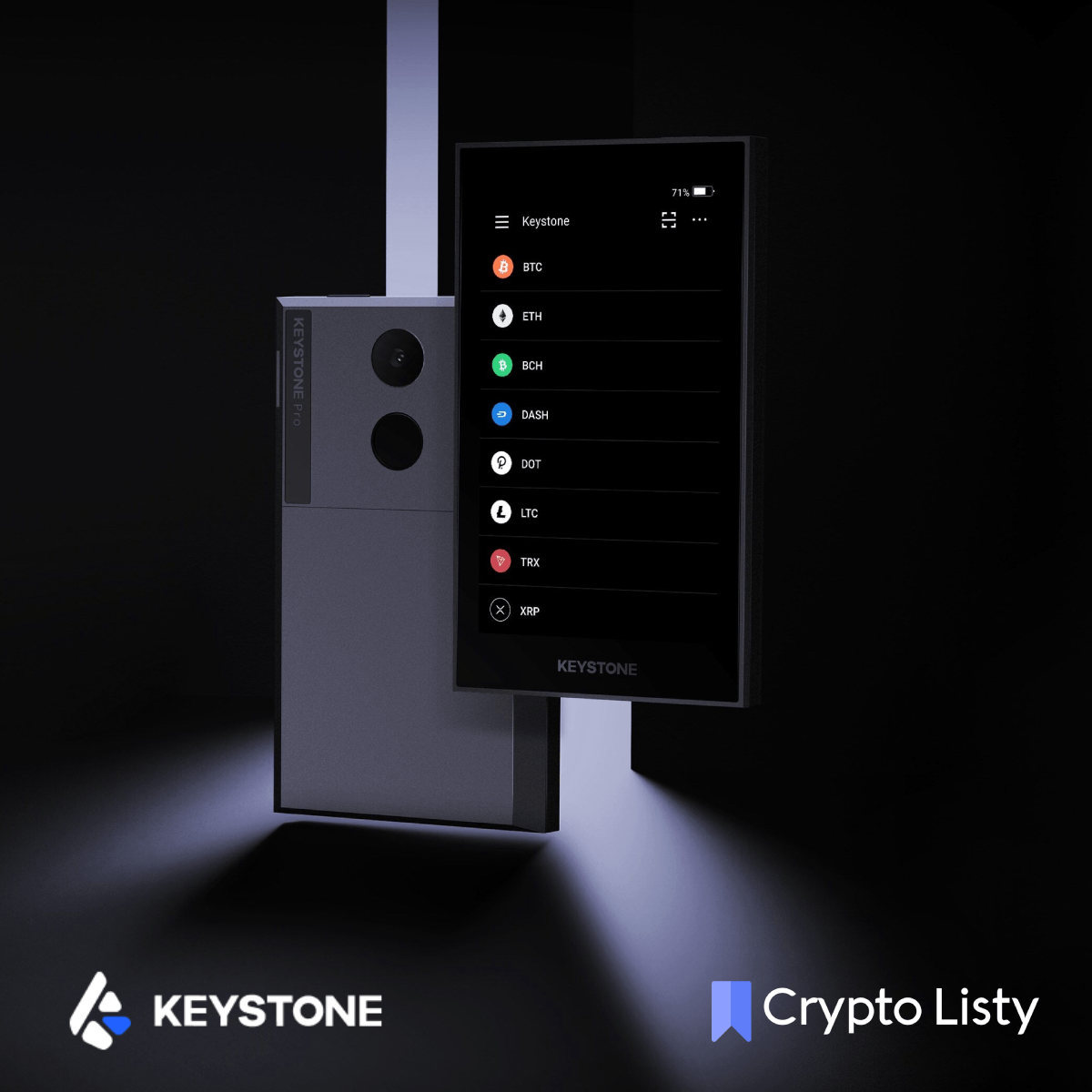 During this article, we will take a deep look at the Keystone hardware wallet explaining all of its features.

It offers a suitable cold storage and blind signing solution with open-source firmware, a 4-inch touchscreen, and PSBT Bitcoin multi-sig support. Protect your cryptocurrency with the perfect balance between a secure and convenient hardware wallet with mobile phone support.

We will highlight the device’s top features in the following part of our Keystone review.

90% of hardware wallets are not as air-gapped as Keystone. Unlike most of its competitors, Keystone limits the surface of attack to the most by using QR code connections which are safer and more secure than USB, NFC, and Bluetooth. As result, QR codes are the perfect way to transmit such important data. Also, Keystone has developed microSD card capability as a requirement for compatibility with desktop wallets.

How did Keystone find a solution for Blind Signing?

The big screen that Keystone decided to use on their device makes a clear difference. Most importantly, you can view all the data related to your transactions without any complications or additional swipes. You can notice that in the screenshot taken from the Keystone screen below.

The first thing to verify is that you are calling the right Smart Contract.

If an attacker creates a phishing website of Uniswap, he can copy Uniswap’s current UI and call his malicious Smart Contract, which will transfer the user’s funds to the hacker’s address.

So Keystone preloaded the most famous Smart Contract’s address like Uniswap and labeled it, so it is now much easier for the user to confirm it. If the address is not pre-loaded (maybe a new contract or a malicious contract), Keystone will highlight it as an unknown address with red to alert the user.

Shamir Backups allow you to split your backup seed in such a way that it allows you to specify how many Backups you need to restore your wallet. The smallest is 2 out of 2 or a maximum of 16 out of 16 Shamir Backups.

This, although more complex than a multisig allows you to sign right away because this process needs individual importing if a wallet restoration is required. But safety-wise, it is equally almost as good, or better, because if you have a 3 out of 5 Shamir Backup and you lose 2 of it, you can still restore, with the remaining 3 backups, your wallet.

hardware wallets like the ColdCard and the Keystone allow users to generate their true random number (entropy) by rolling dice. This way, you should be sure that your seed phrase is 100% genuine and randomly created.

“Our product philosophy highly emphasizes on maximizing interoperability so our devices would be compatible with the best software wallets currently available. We believe Web3 has an extremely bright future and see MetaMask as the primary gateway for Web3, the metaverse, and beyond. This integration marks our team’s first big milestone and we will continue to work towards Web3 and more contributions are to come so stay tuned!”

QR code interoperability allows the Keystone hardware wallet to have fewer connectivity issues between the device and MetaMask and faster transactions.

Of course, it’s not going to be only MetaMast, you should expect more partnerships from Keystone and major companies in crypto to make your experience more secure and smooth.

Keystone integrates and works perfectly with the following software wallets.

What Else to Expect From Keystone?

You should expect a lot from Keystone, and here’s a list of what’s coming next:

Get Your Keystone Hardware Wallet!

Keystone Essential is designed for long-term hodlers and it comes with AAA battery support for only 119 USD. On the other hand, Keystone Pro is designed for more portable access to funds and comes with a rechargeable battery, fingerprint sensor, and self-destruct mechanism for 169 USD.

We are pleased to announce that we are giving a Keystone Pro device to one of our followers. If you want to win a free Keystone Pro hardware wallet, here are the rules to participate in the giveaway:

Use our promo code “CRYPTOLISTY” on Keystone Store, and you will get a 35% discount on Keystone devices. starting on 25 November to 7 December.

Finally, If you want to read more about Keystone hardware wallet, we have compared it to one of its top competitors, SafePal. You can read the full comparison article. 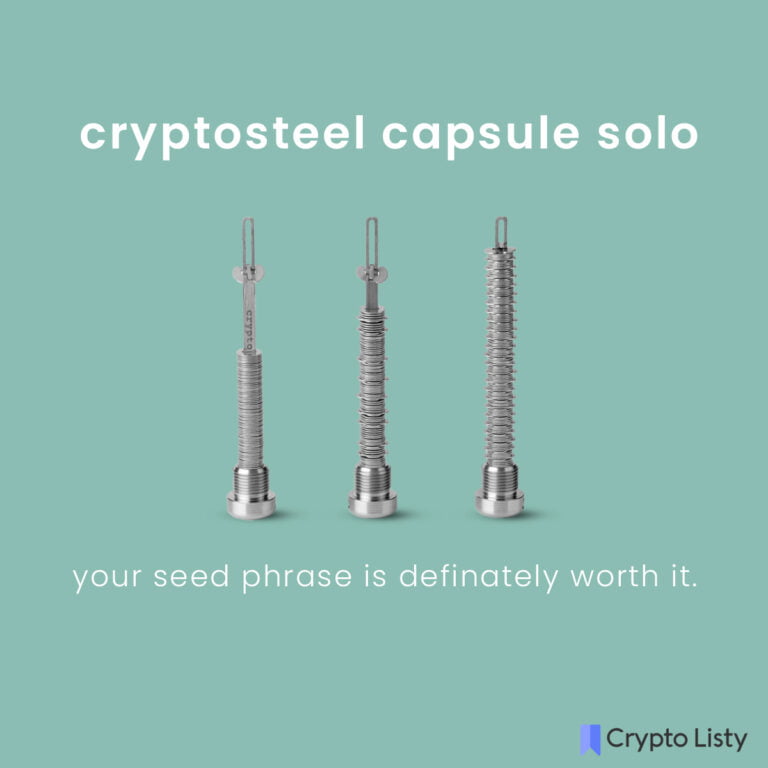 In this new review, we have put Cryptosteel Capsule Solo in the highlight, checked out all of its features, and searched for the best alternatives…. 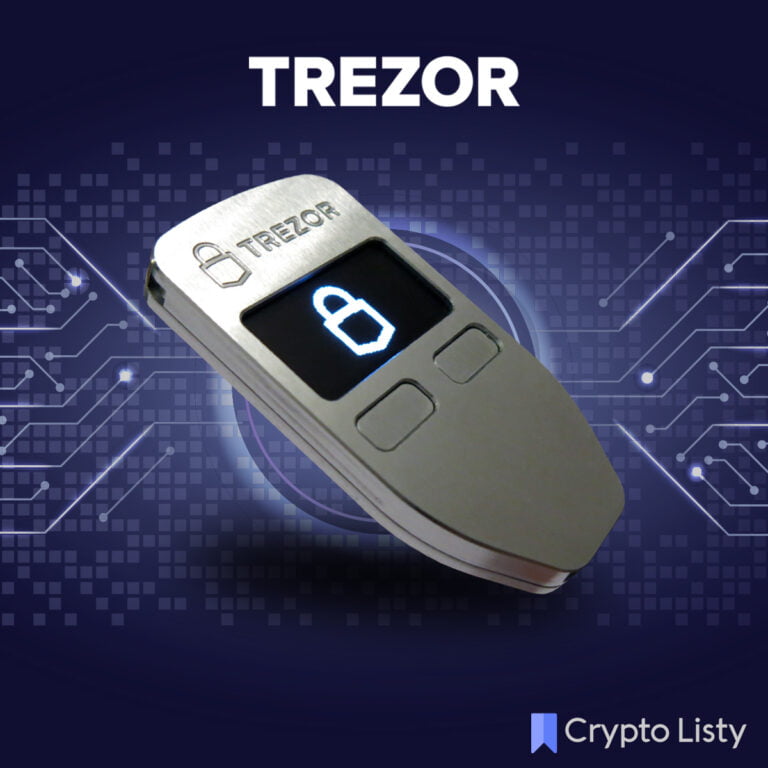 The internet has proved to be one of the worst places for safety and security; with that in mind, you don’t really want to keep… 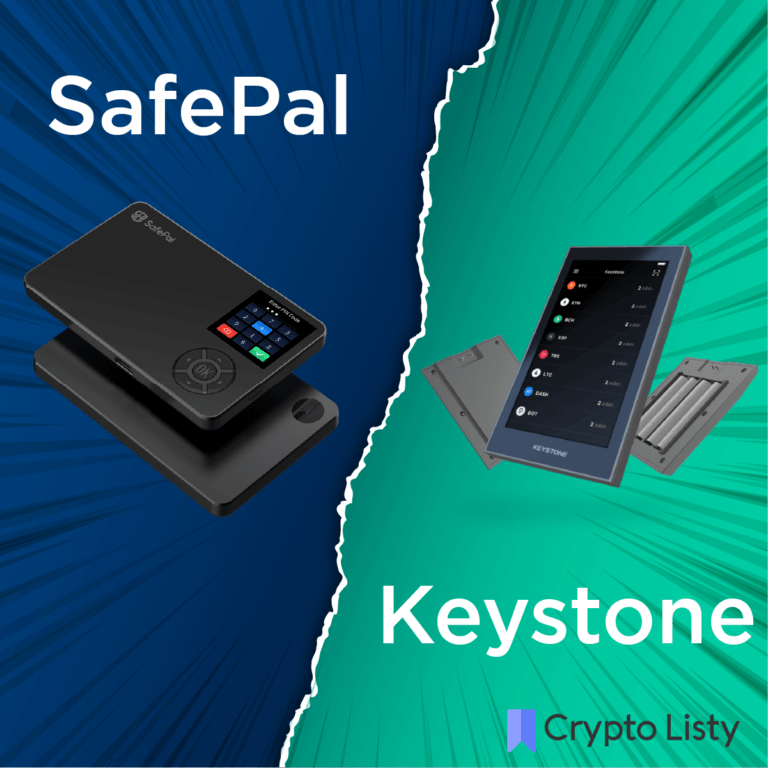 In This article, Safepal and Keystone comparison, we will take a deep look at two of the best hardware wallets in the market. In the…

In this article: Keystone review, we’re linking you to one of the most secure and safe cold wallets for your assets. Despite the continuous security… 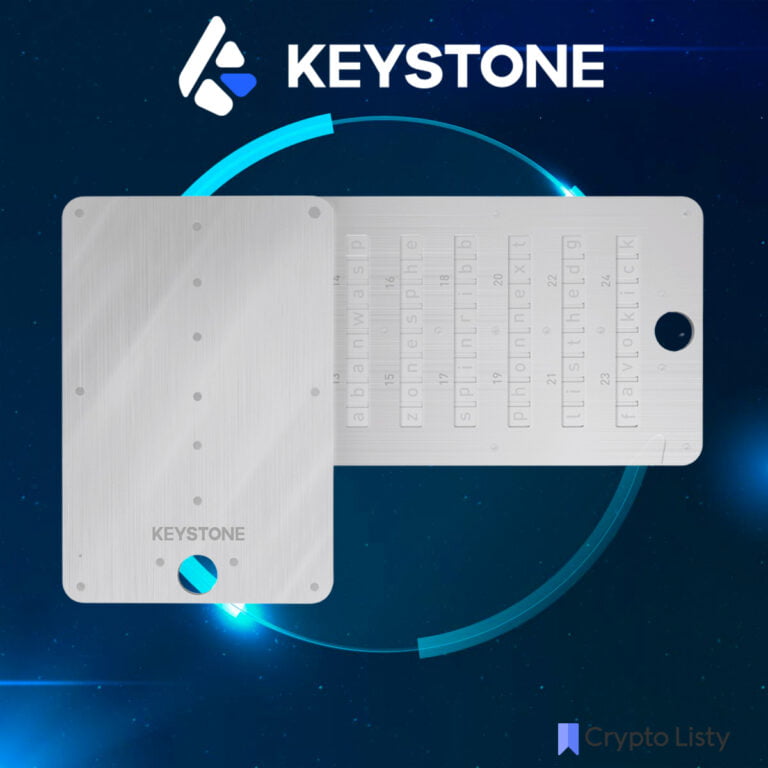 During this article: Keystone Tablet Plus review, we will explain how can you protect your crypto private keys, forever! A seed phrase is a list…